How to figure out the number of Subscribers to your Podcast

“Downloads” are NOT the same as “Subscribers.”

In general, I think it’s good to have some kind of idea (at least every now and then) about your true reach in terms of actual “subscribers”, while ignoring any social or ad traffic you may be sending to your podcast that may be inflating your downloads.

There is no accurate way to get the number of subscribers - yet. So this is what I do (every once in a while): Once I release a new episode, I don’t publish the episode on my web site, I don’t promote it on social, don’t email my list - for a total of about 72 hours. Whatever downloads I get within those first 72 hours, I take that to be a fairly reasonable guesstimate as to my subscriber count who have chosen to automatically download my show’s episode via their favorite podcast app.

The reason why I don’t promote the episode anywhere in those first 3 days, is because depending on the day of the week, month of the year, holidays, global and local events, etc - and depending on my audience’s availability, my downloads from outside promotions and inbound marketing could add a bunch of additional downloads that I know won’t be necessarily from actual subscribers.

And the reason for “72 hours” specifically, is because I’ve tried to track this through friends in different parts of the world, and it can sometimes take up to 3 or 4 days for them to to get the download automatically. If they’re in the app and they pull down the feed and make it deliberately refresh, then it’s usually instantaneous. And then there are other factors like app-refresh-times, feed refresh settings (like only on wifi, or also on data), if they’re travelling, they may never get to wifi, etc. So I just like to give it 72 hours. Nothing hard and fast about that. You could do 96 hours or even a week. I just prefer 72 hours, if and when I do run this test, which is only once in a while, because I don’t worry too much about subscribers any more. Better to focus on creating a great show, and then promoting it on social right out of the gate, sending an email to my subscribers right away, posting on Facebook and Twitter, etc. Max promotion right out of the gate.

I only run this test every once in a great while, because after a couple of times, the need to be accurate (or obsess over stats) doesn’t matter any more. As long as my overall downloads-per-episode are growing with each new release, I’m happy about it. All other times, I just promote it everywhere as soon as it is released, because I am not obsessing about numbers all the time. Only occasionally

My numbers provided by Apple stats are WAY off compared to my downloads. So I don’t give that much credence. A lot of people in my niche have probably already switched to better apps like OverCast. So the numbers Apple eventually gives me about subscribers is not be very helpful. But other stats - like listening duration and skips etc - is fine for doing some generalizations about your audience’s behavior.

Also, if you don’t wish to run any such tests, look at the referer stats in your podcast host, and throw out anything that says Chrome, Firefox, Mozilla, Safari, MSIE, Googlebot-Video, TwitterBot, etc. And all other plays are usually from actual podcast apps and that could be a reasonable guesstimate as well (there are still some unidentifiable, like “okhttp” and “Unknown”).

How do you track subscribers? Let me know in the comments. 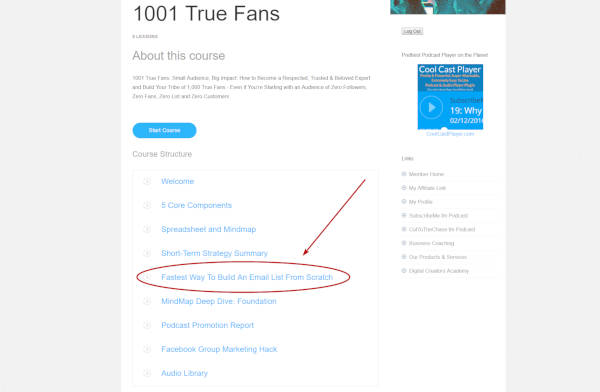 How to Become a Respected, Trusted & Beloved Expert and Build Your Tribe of 1,000 True Fans - Even If You’re Starting with an Audience of Zero Followers, Zero Fans, Zero List and Zero Customers