Fastest Way to Alienate Your Audience 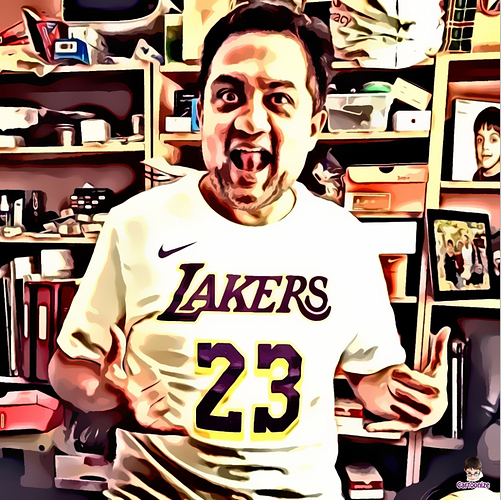 Fastest way to alienate your audience is to try to convince them that your Politics or Religion (and to a lesser extent, your sports team/athlete) is better than theirs!

That’s why a lot of people ban those topics at family gatherings and friendly get-togethers (and in spite of that, fights happen all the time!).

No one has ever converted to a different political party or religion because of something they read on social media. So unless your brand, career or passion has to do with those, or you’re OK with alienating > 50% of them, try to stay away from those topics.

Even sports can be a sensitive subject at times (for eg., LeBron vs. Kobe can be a touchy subject for Laker fans vs. LeBron stans). And as you can probably tell from the photo above, I belong to the latter ;-). And yes, I know - I’m probably alienating Kobe- or Jordan- or Seth Curry fans right now - and that kinda makes my point, doesn’t it?

If you can’t stay away from Politics or Religion, then you can’t. And that’s OK, as long as you’re aware of the potential consequences.

The advantage of religion (compared to politics) is that when someone says they love their religion and their God(s), they’re almost never saying that the other person’s God or religion is inferior. It is never combative or demeaning. But what happens when you talk about specific belief systems in your religion (or non-religion) that goes against that of your audience? For eg., issues like guns, abortion and gay marriage can be extremely divisive among even blood relatives and family members (Dick Cheney and his daughter, for eg.), leave alone among friends, fans and followers.

Same with Politics. It can destroy relationships, especially in a 2-party system like in the US, because if you’re on one side of the aisle, then everything about the other party’s policies and values probably offend you deeply. Which means, when people find out that a friend or social connection is rooting for the other party, they could get very angry and upset even if the other person is not saying anything other than that they support X,Y & Z Policies, which they can’t stand, because you hate X, Y & Z and you want A, B & C. So politics usually becomes a zero-sum game, where in order for you to win, the other person has to lose. And vice-versa. Which doesn’t happen with religion.

So if politics or religion are part of your show/brand/personality/passion, then there’s not much you can do about it, other than to just go all in and embrace it, knowing that you will offend some people, and you just can’t care about it.

But if you are in business like me, and sell business-related software, content, coaching and community, then you may want to be more careful about such sensitive subjects, because you may unnecessarily alienate a large chunk of your audience. If that’s worth it to you, then go right ahead. If not, best to keep that close to your heart and reserved for your loved ones.

If Gary Vee, Tim Ferriss and Seth Godin etc can be neutral when it comes to their content (AFAIK), even when they can actually afford to do that and still make millions of dollars, then the solopreneur and small business owner and independent content creator like you and me should be extremely careful about what we say, especially in today’s “cancel culture”.

Michael Jordan apparently once said “Republican buy shoes too” (never confirmed). And was majorly panned for that, true or not. But on the other end is LeBron James who has been extremely vocal in supporting Democrats, and has probably lost millions of dollars in merch sales because of that.

Both are billionaires (LeBron probably not there yet). But they’re also 2 of the greatest to play the game (if that statement made you cringe, then once again, I make my point ;-). So what works for them may not work for you or me.

Just like eating 10,000 calories a day might work for Michael Phelps. But if I did that, I would die of obesity or diabetes or other health issues within a year!

Ultimately, there are no wrong answers here. Everything depends on how important those topics are to you, your brand, your show, your personality, and your passions; and how much of the consequences you’re willing to bear in order to be you. There is, however, a fine line between being authentic and being foolhardy. And the consequences affect some more than the others. If you already have a small audience, you can’t afford for that to be cut in half.

But I will leave you with what I’ve always said:

Be You, Do You… But With Caution and Mindfulness.

Check out my course about building an audience from scratch, titled “1001 True Fans: Small Audience, Big Impact: How to Become a Respected, Trusted & Beloved Expert and Build Your Tribe of 1,000 True Fans - Even If You’re Starting with an Audience of Zero Followers, Zero Fans, Zero List and Zero Customers” at 1001TrueFans.com